May 03, 2017
Irish badminton player, Scott Evans, tweeted this article about the Danish way of creating champions. Denmark is the mecca of Badminton in Europe and Scott moved there in his teens to immerse himself with the best coaches and players in Europe.
The article is by Nicklas Pyrdol and he introduces the Danish model of not just producing great athletes but also great people. He says "let’s face it, medals are for the very few, so the rest still has to be able to get a good life.". He lays out the 6 simple aspects of how they do it. The part of becoming better together reminds me of points made on the recent discussion on coaching here on the Jumping The Gun site. Irish athletes David Campbell and Ciaran O'Lionaird talked about their experiences and how athletes working together will yield greater results. However, the relentless pursuit of success mentioned by both on the same podcast would seem at odds with the Danish model of being more rounded and having a more holistic perspective.

Here is the article below with the original here. 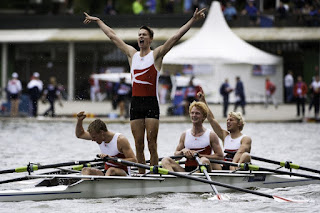 Denmark are known for a lot of things, but sports are rarely mentioned in the same breath as happiness, LEGO and Hans Christian Andersen.
But at the Olympic Games in Rio, we actually won 15 medals (2 gold, 6 silver and 7 bronze) making us the 5th best country measured in medals per million of citizens. Now, why does this matter to anyone? Because we have created a model, which not only gives us medals, but also gives us human beings who can cope with life, before, during and after their professional career. This is not a point to be forgotten. After all, athletes are also human beings.
Having spent the last 9 years studying, teaching, researching and doing applied work in talent development and elitesports, I have seen, first hand, how we loose great talent. I have experienced the tendency in coaches, parents and experts to push athletes to practice with great volume and intensity from an early age and dismiss all other activities in life, based on the misconception, that this is the only way a champion can be made. They think that talent can be spotted in a select few, that they have to sacrifice everything else and that, if they can’t cope, they were not made to be champions.
But, the athletes who won the medals in Rio, were not brought up like this. They were brought up in talent development environments, who nurtured and motivated as many athletes as possible for as long as possible. You know why? Because when you don’t have thousands of athletes, you don’t just push to see who breaks and who comes out on top, you treat every one of them like a valuable part of the group. And the most important thing; We actually believe, that creating champion athletes does not have to be at the cost of creating champion people. We believe, that we have to create human beings, who can cope with life and go on to get success in their business career and family life, no matter how many medals they win. Because, let’s face it, medals are for the very few, so the rest still has to be able to get a good life.
So, what and how do we do it?
Our recipe is pretty simple:
“Wow, that sounds really hippie-like Nicklas”. Yeah, maybe it does, but what I am proud of, is that I am part of a culture, where creating a winner, does not come at the cost of the human being. It does not has to be this “do-or-die, all-or-nothing” mentality. Creating an environment, where people can develop as both people and performers, can not only make a larger percentage of the athletes succeed, they can also succeed after their career